Last year, I wrote an article for EFL Magazine about a plenary talk I gave on critical reading, which discusses how the general population—including our learners—tend to accept false claims even despite evidence to the contrary. With a growing volume of news directly contradicting each other, it has become increasingly important for teachers (language teachers cannot be immune) to provide classroom practice in recognizing arguments that seem logical, but in the end, are not, as well as to connect the innocuous examples to more the consequential in terms of strategies to navigate through to the truth.

‘Fake news’ (or less buzzy, ‘misinformation’) spreads quickly and effortlessly through social media networks: one click and it’s shared and then shared again. For one reason or another, it’s on these platforms that more people tend to share things without thinking too much about their validity. One reason may be the seeming harmlessness of the information, whether ultimately correct or wrong. Take the little happiness protein example you may have seen before.

It comes with one of the two following descriptions:

Version 1 appears to have had over 30 million views already though that number is likely low since this isn’t the first or only time it’s been posted; the Imgur version totals around 38,000 views. What both demonstrate, however, is how rapidly this little guy has been spread to a wide audience.

Without much educational background beyond science-y videos we’re all familiar with (e.g. Life or Planet Earth documentary series), paired with the uplifting descriptions and its cute walk, it can be simple enough to imagine this being true. Even if we may recognise that the description is written for a non-expert audience, most people (304+ million apparently) seem to disregard any little inaccuracies and share it without thinking, attaching additional comments to their shares like ‘I want some’ or ‘it’s definitely strutting like happiness lol’.

Perhaps you’re fairly sceptical like me though (EAP could contribute here). Besides my awareness that misinformation is often spread without thinking, a few critical questions entered my mind when this GIF crossed my path:

These types of questions cause me to search for more information about the likelihood of it being accurate. What I learned, however, is that in reality, this is a video animation included in a documentary which is not specifically about happiness but more a representation of how any protein ‘can play a role in transporting numerous important chemicals within neurons’ or something to that effect.

While this example may seem fairly innocuous—what real damage is done by spreading this misinformation like this? Does it negatively impact someone’s life? Perhaps not in this example—not all social media shares like this are so ‘happy’.

Another video, based on an article from a media site, Infowars.com, has also been shared across social media sites, particularly around the holidays. In this video, the headline states: SWEDEN BANS CHRISTMAS STREET LIGHTS; TO AVOID OFFENDING MUSLIM MIGRANTS?Authorities claim it’s for ‘security’ reasons.

The main message of the video and article is that the country has decided to stop allowing Christmas decorations from being erected because of the growing need to tolerate Muslim immigrants or fear of ISIS. This theory is in spite of Swedish authorities’ claims that the decorations are too heavy for specific poles and might fall down hurting someone. Hence the ban. Despite the fact that the article cites its own website and adds unfounded commentary, much of social media likely hasn’t bothered to investigate the video or the article before sharing. Rather, articles like this typically get shared without reading past the headline (see here and here and here). One reason that accounts for this is time. Another, however, is the idea of confirmation bias: when an idea supports an existing belief, we tend not to investigate it further. Instead, it just adds support to our own belief system, regardless of evidence to the contrary. For anyone who has any fear whatsoever about immigration, this headline passes the plausibility test and supports this fear. Sharing without thinking much about it follows.

The difference between this and the happiness protein meme, however, can be the impact of its content. While the first does little harm to any one group of people (well, neuroscientists may argue), the second perpetuates a stereotype about an already marginalised group in many countries (Muslims), which feeds into racist attitudes and potential hate speech or crime based completely on misinformation. The significance of impact of spreading these two varies widely. Consider how this may impact our learners’ attitudes towards each other or their attitudes towards their new living situations, as an example.

Incorporating critical reading and questioning into the classroom

One way to provide strategies for students involving fake news can involve the two examples of misinformation above. Here is a mini lesson plan idea that aims to raise awareness of information source, critical questioning of information, and strategies to determine truth.

2. Play the happiness protein GIF for students and give them the accompanying description(s).

3. Pair students together. Give Student A the Facebook information and Student B the Life Science lecture information. Tell students that this is information only they know and they cannot reveal it to their partner.

4. Ask pairs to discuss their reactions to the happiness protein GIF for a few minutes. Gauge their discussions. If needed, provide a few guiding questions at this point:

5. Have students exchange pieces of paper. Ask for their reactions.

6. Have students go to Snopes and look for the entry on this GIF.

7. Ask students what consequences there might be if this information is shared widely. Discuss their ideas as a class.

8. Optionally, introduce the second clip from Infowars about Sweden’s Christmas lights and replicate the tasks or find your own similar clip.

A second way to introduce critical reading into your classroom is to highlight examples of how perspective influences the way information is given to an audience. This can be a little challenging to source yourself, so let me give you three examples that I’ve found to be effective.

Slate’s ‘If it happened there’ series

Slate.com has posted articles that illustrate how an American event may be portrayed differently to an audience if written ‘using the tropes and tone normally employed by the American media to describe events in other countries.’ Author Joshua Keating entertainingly illustrates this on four events, including James Comey’s firing, Supreme Court nomination, Oregon siege, and in this one, American Thanksgiving.

Perspecnews for differing angles on one topic

Perspecnews.com is a site that sources three online texts on a wide variety of topics, for example, the PyeongChang Olympics. These three texts include one for background information (often written by authors of this site), one which shows a pro argument and one that gives a con argument (both these tend to be sourced from online places like popular sites like The Guardian or Reuters). The advantage of these is demonstrating to students how different authors and sites portray news in different lights.

In The New York Times’ 10 intriguing photographs to teach close reading and visual thinking skills, author Gonchar provides a number of photos used in their regular column on ‘What’s Going on in this Picture?’ series, but additionally gives several tips for students and teachers about how to use them for critical reading and questioning. Each image includes somewhat bizarre circumstances and students need to rationalize what they believe is happening. Each photo includes links below it to its original post, where others have commented about their ideas and more information about the original image is revealed.

Check out the link to go directly to the New York Times’ photos themselves. 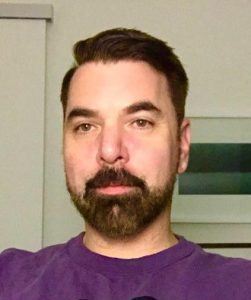 Tyson Seburn is Lead EAP instructor of Critical Reading & Writing and Assistant Academic Director of International Programs at New College, University of Toronto. He holds an MA Educational Technology & TESOL from the University of Manchester. His main interest focuses on public spaces for exploring teacher identity and development. These include an EAP discussion group, #tleap (bit.do/tleap); his blog, 4CinELT (fourc.ca); and his work on the IATEFL Teacher Development Special Interest Group committee (tdsig.org). He is the author of Academic Reading Circles (The Round, 2015).

References and other materials

Ellerton, P. (2018, February 6). How to use critical thinking to spot false climate claims. The Conversation. Available at https://theconversation.com/how-to-use-critical-thinking-to-spot-false-climate-claims-91314

How to spot fake news. (n.d). International Federation of Library Associations and Institutions. Available at https://www.ifla.org/publications/node/11174

Sydney ideas – Truth, evidence, and reason; who can we believe? The University of Sydney. Available at https://posttruthinitiative.org/aec_events/sydney-ideas-truth-evidence-and-reason-who-can-we-believe/