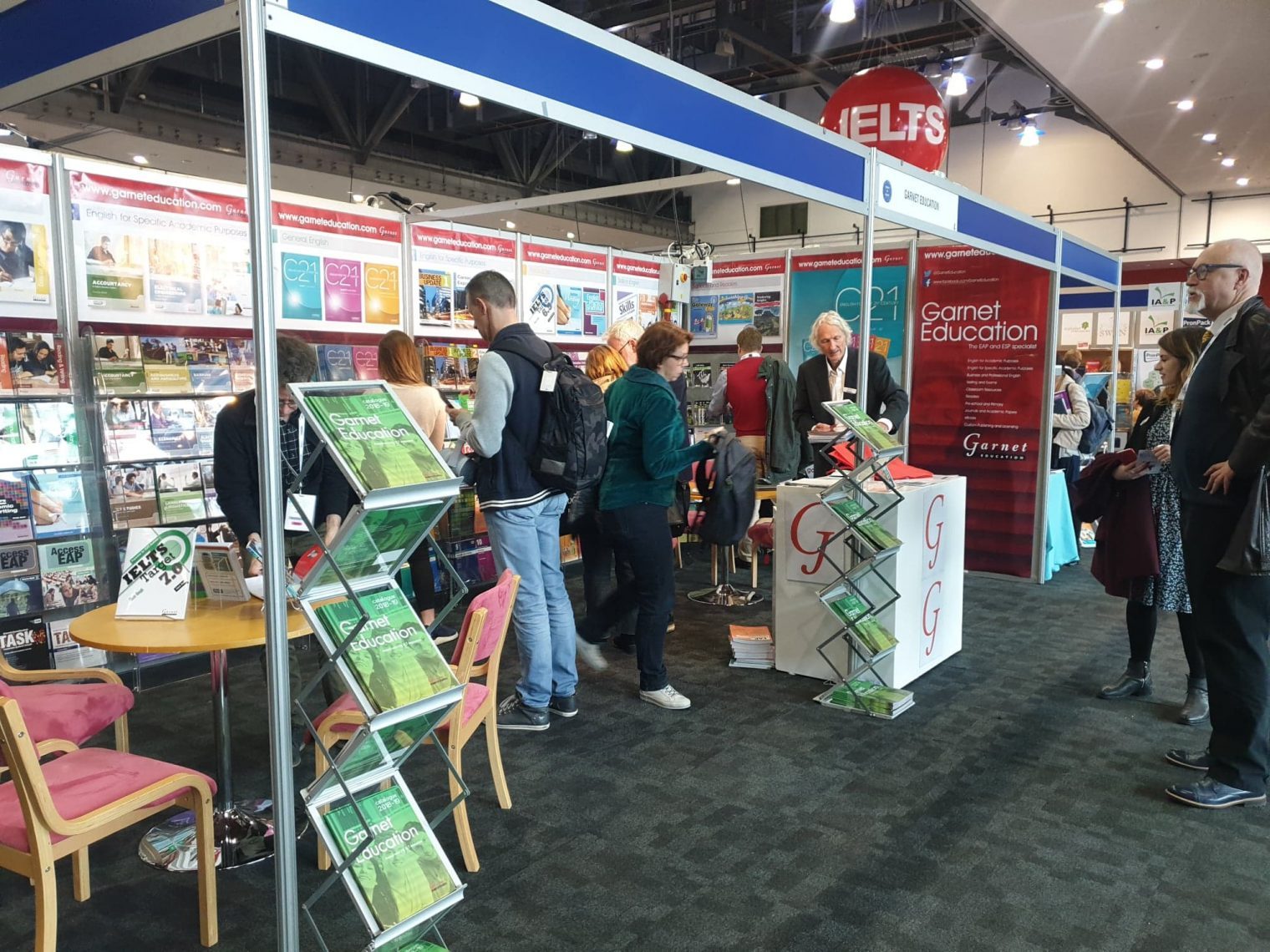 This was my first year at IATEFL, and I was overwhelmed by the amount of knowledge, enthusiasm and collaboration that I witnessed there. I have compiled some highlights of the talks I attended. The themes that I noted were: utilising the coursebook, student engagement and reflection, how to bring global issues into the classroom, and by extension, 21st century skills, and teaching critical thinking.

This talk was interesting as Brian discussed how to engage further with the coursebook and augment what is already there. He proposed that creating a human enactment of words on the page engages cognitively and reflectively with learners, and enables interaction between teachers and students. It creates an opportunity for personal response and humour and makes learning multi-modal.

Language acquisition happens through exposure to target language, and for this to happen it needs to be rich, comprehensive, and contextualised. When teaching, we should keep questions open-ended as they are often closed in coursebooks (CBs). We can bring it to life by acting out the picture and asking open-ended questions, such as ‘what does it remind you of?’ This creates classroom interaction between students and tests more of their understanding.

Even the best CB is limited due to various constraints, including: itemized and sequential syllabuses, the need for face validity (it needs to sell), the demand for closed questions (they are easy to use and mark for testing) and the size and scope of the market (has to be as broad as possible to sell well). Brian said it is a myth that PPP (present, practice, production) is the best way to help learners achieve acquisition. Performing the CB can increase the likelihood of acquiring language.

Ideas: Lead in – tell a story and task students to come up with the solution to a problem (energise students). Ask questions throughout, and put sts into the story as characters. Then ask yes/no comprehension questions to see how sts have engaged (in character). Add a context – dialogue can be mundane to perform until characters are given (give sts an inner speech activity).

Davies stresses the importance of regular self-reflection for students (sts), to discuss what they enjoyed/found difficult. This can be done through the use of exit cards that students fill in before the end of class. These can ask about things they learnt, didn’t understand, found interesting, etc. This is useful as sts may not admit it in person and it may help them realise the value of a learning activity. Makes the topics meaningful and show how it applies to real life.

Share learning objectives: Keep them visible at the start and end of learning, as well as during. These should have action verbs that are concrete: follow instructions, describe, etc. This helps sts understand what needs to be achieved. Reflect on grammar and vocab, what didn’t work at the time.

Aleksandra spoke about English Medium Instruction (EMI) and CLIL methodology. I learned that there are two types of CLIL:

She claimed that there is no language without content, and vice-versa. This means that foreign language teachers are also content teachers – sport, history, technology, all things that can be covered in language textbooks. When teaching about other cultures, content, communication, and cognition are all equally vital. She gave some ideas of ways to add global issues to existing coursebooks.

Harrison noted that, despite critical thinking being integral to academic life, students struggle with this at university level. He has found that this applies across all disciplines. Critical thinking is important as it encourages scepticism and doubt. It leads to asking factual and difficult probing questions. The opposite of critical thinking is accepting conventional wisdom (to be avoided).

How to introduce critical thinking to the language classroom:

A couple of examples to use in class:

Other talks of note:

Reaching the hard to reach (MENA), British Council: This talk was really fascinating, as it showed how teachers and teacher trainers can work with what they have. It covered reaching teachers with technology when they cannot physically get to them and teaching Language for Resilience. There were speakers from Egypt, Palestine, Jordan, Lebanon (Syrian refugees), and Libya.

Language for Resilience: Language learning for refugees, migrants. It was stressed that this is not named ‘English for Resilience’, as it is not replacing other languages, but being used as a tool. Teachers in refugee camps often have little training or proficiency. Teachers/trainers must be aware of potential issues, e.g., some refugees will not be able to work legally, so talking about job interviews could be upsetting. There is a FutureLearn course available called ‘Migrants and Refugees in Education: A toolkit for teachers’.

Patrick White – ‘Helping learners build core vocabulary: new Oxford word lists’: OUP has created a new 3000 Word List (A1-B2, can filter to a level), as well as the Oxford 5000, which is an expanded core word list for advanced learners of English (B2-C1). The word lists focus on the most frequently used meanings of vocabulary words, as well as relevance to learners, so may be mid-frequency but more likely to encounter. Amongst the new words, 200 are social media-related app, blog, download etc. Other topics in word list: sport, culture, film and tv, weather and nature.

Scott Thornbury – ‘How to answer learners’ grammar questions’: Scott notes that the majority of talking in classrooms is still by the teacher, and that students are less likely to ask questions in teacher-fronted lessons.

Scott’s tips for this:

Did you make it to IATEFL? If so, which talks did you enjoy?