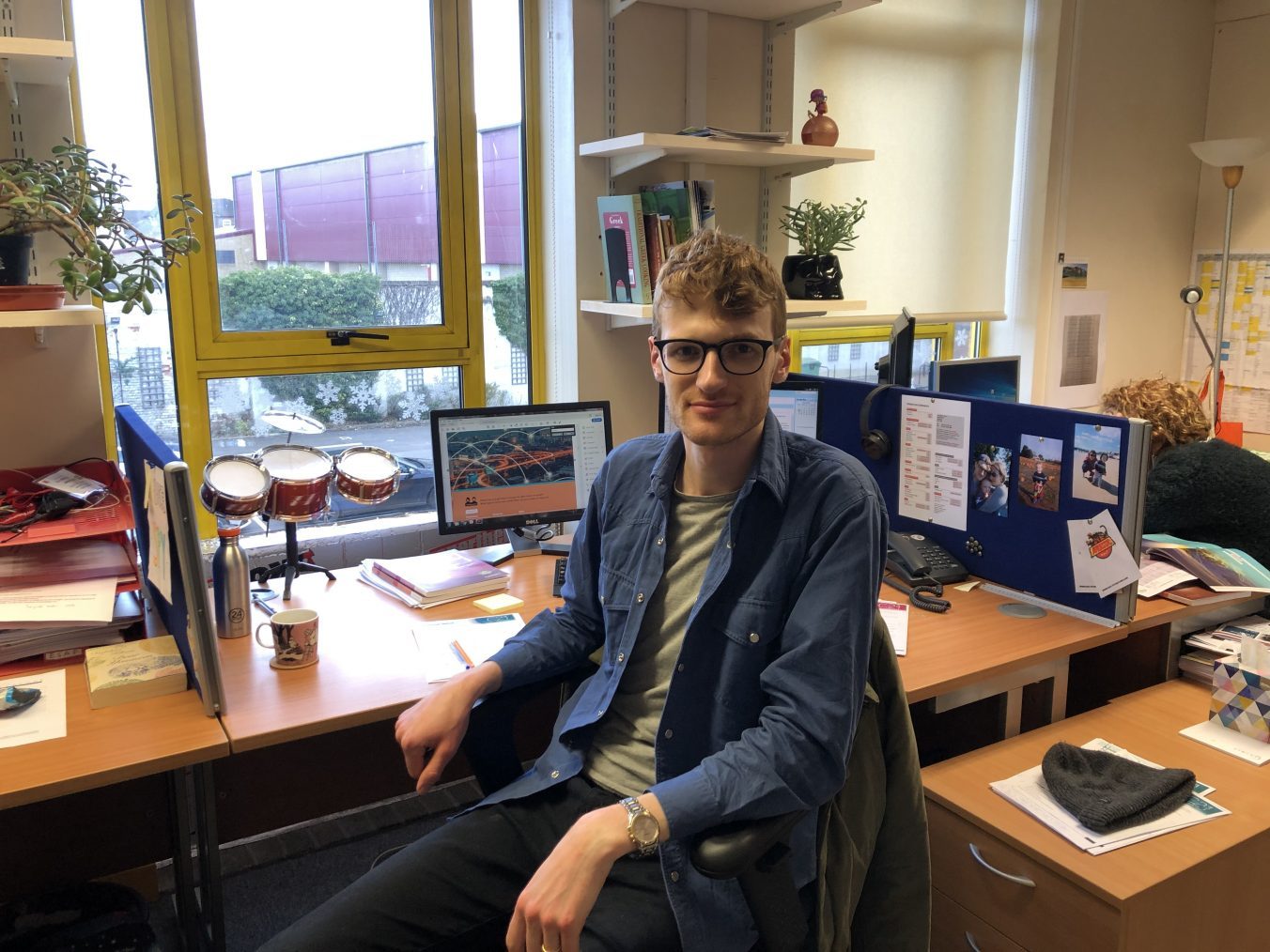 I studied philosophy and theology at university, and got pretty good with words along the way, but other than that I don’t have any formal qualification for doing what I’m doing. I did some editorial work experience at OUP through a friend who worked there, and then another friend, who happened to know the company, pointed me towards Garnet. It so happened there was a vacancy for an editorial intern – me, as it turned out. I’ve done a few different jobs in the Garnet editorial team since then, including a lot of work on English courses for statewide adoptions in schools. I also spent a year as a freelance editor soon after our son was born. But I’ve never quite shaken off the ‘intern’ tag!

I tend to start around 8 a.m., always accompanied by a cup of coffee. I mainly write and edit onscreen, so, unglamorous as it sounds, I really have to know my way around Microsoft Word: most of my work ends up in the hands of a designer who has to interpret it into a page layout, which means the formatting has to be spot on. Sometimes my main focus is much more on the content, of course – for example, when I’m writing new material. I sometimes do voice recordings, too, which is fun both for working with actors and, occasionally, pretending to be one. Probably the busiest I get is when we have a government deadline around the corner; on a typical recent deadline day I was dealing with corrections for twelve different titles at once, some of them subtly different versions of each other. The closest analogy I can think of is taking twelve small children on a day trip. They’re all siblings and thick as thieves. The stakes are high; confusion is a given; there are many comedic possibilities in the air.

Right now, writing. Over the last couple of months, I’ve been part of the writing team for the Academic Skills extension to C21: English for the 21st Century, our general English course. Researching and writing my own material has been a lot of fun, and I’m surrounded by editors and designers who have honed my ideas and brought them to life. Collaborating with a small team of people, and with such a diversity of expertise in-house, is one of the really super things about working at Garnet.

There are a few candidates … none of them printable!

What is your favourite word/idiom? Which words or phrases do you most overuse?

I catastrophically overuse the words ‘OK’, ‘interesting’ and ‘fine’, often in combination with one another. In dark moments I feel this indicates a slight mental barrenness. Some of my colleagues have also accused me of overusing ‘concatenation’, but I don’t think that’s actually possible.

Probably my wife, Rachel. She’s one of a kind!

My aspirations were never very clear, but I felt the appeal of lives which embodied some sense of the fleetingness of the moment – painters, people who lived on canals, Mozart, Humphrey Bogart getting on a train. All of it quite jumbled. I’ve always spent a lot of time on music, too, so that was in the mix. But the life of the mind pulled me as well – a much more settled sense of existence. I probably aspired to be a philosopher in some way.

Right now I’m reading Theodor Adorno’s Minima Moralia, which is a beautiful work of cultural criticism written in the 1940s. It’s a sequence of aphorisms on everyday life, from which gradually emerges a broad perspective on the fragmentation and sadness of modernity. It’s amazingly good!

I once crashed a go-kart pretty recklessly and got my whole group of friends kicked out of a racetrack somewhere. I think the clincher was that I actually accelerated through a wall of tyres. This was years and years ago. It was a total accident, but the devastation was so all-encompassing that no one believed me.