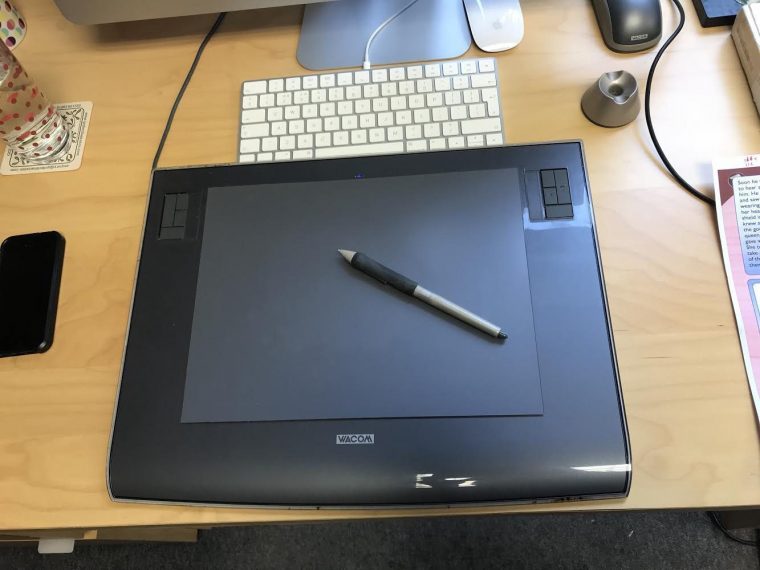 Doug, our in-house illustrator, has been working at Garnet for over 13 years. Before this, he worked as a freelance illustrator.

I could always draw so I guess it was a natural progression.

Arrive early and draw whatever I’m asked to – the variety is incredible, which I enjoy. I often think about what I’m going to do on my drive in. I usually have a lot to do as the deadlines are usually tight, but I like that too.

Being paid to do something I enjoy doing.

I’m worried if I’m not worried about something! (I’m a bit of a worrier!)

Which words or phrases do you most overuse?

Pat Jennings – the greatest goalkeeper ever. My son is named after him and is a goalkeeper too!

A professional goalkeeper – I came close!

Call me Frank by Frank Bruno. It’s a very honest read and makes you realise that people’s lives are not as simple as we think.

I have the same birthday as my hero Pat Jennings!

Doug has his own website, on which he sells t-shirts, posters, and more! http://theartofgoalkeeping.com/